Welcome to the Suffolk 100 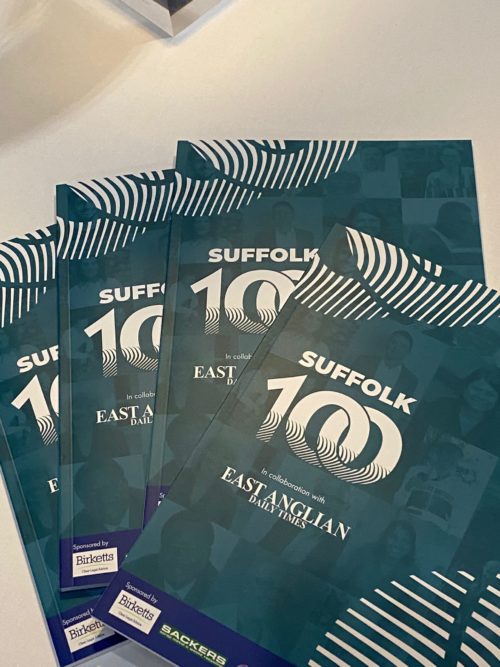 A panel of independent judges have selected 100 people as the most influential business leaders in the county. Archant manages and produces the list of the Suffolk 100. It celebrates those who make a difference in the county.

“It is such an honour to be included and to be in the room alongside so many leaders in the county”, said Olly. “The list includes people from different industries and sectors, including charities and education, so it is very humbling to be on the list.”

Brad Jones, the editor of The East Anglian Daily Times, spoke at the event. 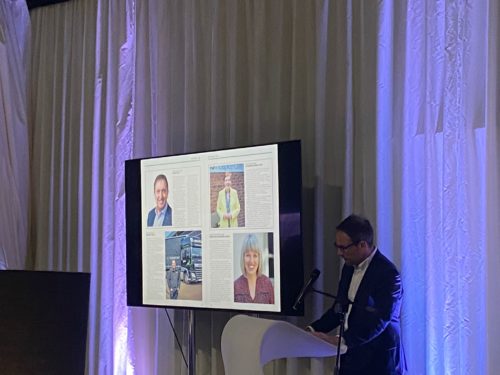 Unlike other business lists and award events, this is not something that can be applied for.  The people on the list are selected based on their reputation and actions for being fantastic advocates for the county. A panel of judges considers those who have been nominated.

Olly is honoured to be included alongside those from organisations such as Suffolk Mind, St Elizabeth Hospice and Birketts.

Representing the county and supporting the community is an integral part of Olly’s mission. Magnus Group provides sponsorship support to various community sports clubs in the county. Magnus is the sponsor of Ipswich Town Football Club’s main stand and Olly is a Trustee of the Ipswich Town FC Community Trust board. 2022 sees Magnus supporting the art trail that will be taking place in Ipswich this summer as the logistics partner for St Elizabeth Hospice. 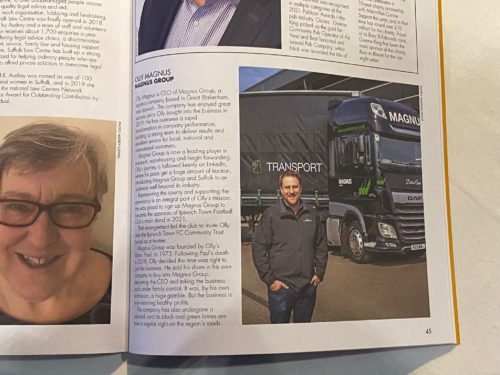 Olly bought into the company three years ago after his father, and founder of the company, Paul Magnus passed away.  In that time Olly has made some significant changes to the company. “I always knew I wanted to keep the family values and culture of the company, but needed a more robust management structure to be able to grow the company, and take it forward,” explains Olly. “I’ve had some of the best talent in the industry join me and put in a structure of three clear divisions. It’s been a challenging three years, but the result is that we have trebled the turnover. We are all very excited about the future.”

Olly has been a strong presence on social media, particularly LinkedIn, since joining Magnus. Over that time, he has shared his journey, and not glossed over the sleepless nights and emotional toll it has had on him.  Through his LinkedIn profile, Olly has been invited to speak on various leadership and management podcasts. Others in business frequently approach him for advice and support. Whilst he describes himself as just “Olly from Ipswich” and is a bit bemused by the attention, his open and honest approach has been refreshing on the platform.

“I have no idea who nominated me, or how many,  but would like to thank them. I am honoured.”

Magnus Group Ltd, a haulage, warehousing and freight forwarding logistics company, is based just outside Ipswich, Suffolk. Placed ideally to serve the Port of Felixstowe with direct road links to the Midlands, the North and London.  If you would like to know more about our warehousing, transport or global forwarding teams call us at +44 (0) 1473836600 or email us at commercial@magnusgroup.com.