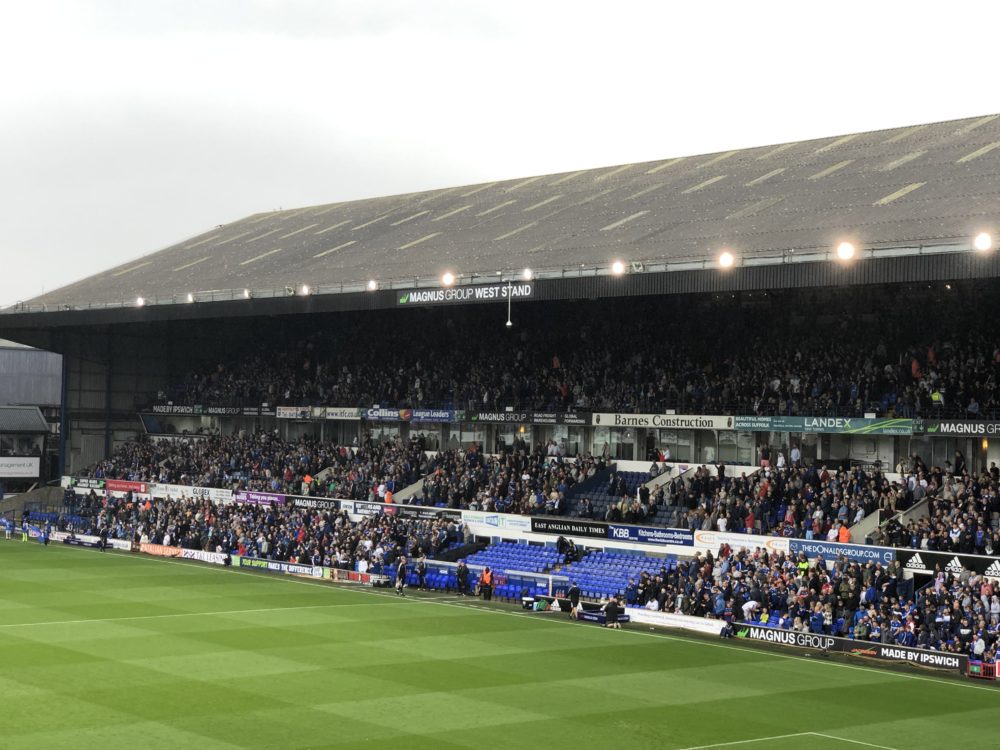 When Magnus Group was announced as the new sponsor of Ipswich Town’s iconic West Stand, supporters immediately saw some of the logic behind the commercial decision.

Our branding is everywhere in, outside, and on the Magnus Group West Stand, plus we have pitch perimeter boards, a regular half-page ad in the matchday program, together with other assorted benefits. You can’t visit the Portman Road stadium now without seeing the Magnus Group name.

But it is not just a short-term brand awareness exercise, according to CEO Olly Magnus, a diehard Ipswich fan who has been going to matches since he was six. Instead, he is attracted by the club’s journey, one that the Magnus Group shares.

While a logistics company and professional football club might operate in polar opposite sectors, the two have many similarities right now:

While it’s not been the best of starts to the season on the pitch for Ipswich, Olly firmly believes that the club is in extremely capable hands, and the results will come.

He said: “I took over Magnus Group in 2019 at a time when the business needed overhauling. So we rebranded, I brought in a new management team, we changed how we deal with customers as part of a complete review of our customer service.

“We have now expanded, brought new local staff on board, and emphasised that everything we now achieve is down to teamwork.

“The new ownership at Ipswich Town is going through a similar exercise to us. I felt immediate empathy with what the new management team is setting about doing, and that played a significant part in my decision to progress discussions about the Magnus Group West Stand deal.

“It’s my ambition to see Magnus Group continue to grow alongside Ipswich Town.” 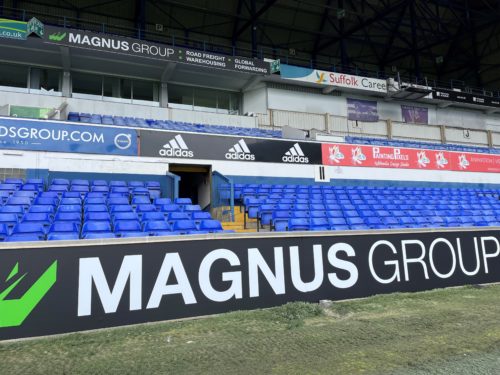 At last Saturday’s home match, Olly was lucky enough to have lunch with new Ipswich Town Chief Executive Officer Mark Ashton and Chairman Mike O’Leary before watching the game from the Directors Box. To say he was impressed with their attitude and business acumen is an understatement.

“It’s fair to say the club is now in very good hands,” Olly enthused. “They are only just starting down the road that we have been on for the last two years. We all know what the dream destination is for Ipswich, but there will undoubtedly be unexpected twists and turns along the way, just as there were for our own business. Rome wasn’t built in a day.

“Everyone here at Magnus Group is thrilled to be supporting and being seen to support our club as it gets back to where it belongs. And as part of our determination to play a role in the local community, we couldn’t have chosen a better partner.”