Annelies Pattinson joined Magnus Group on a six-week temporary contract to help out with some admin. That was sixteen years ago – and she has never looked back.

Annelies’s surname may sound familiar – that is because her Dad, Mike, was Paul Magnus’s business partner for 23 years before selling his shares to Olly Magnus.

Annelies has grown up in Magnus. Her school summer holidays were spent in the warehouse re-boxing and picking. “I remember one summer I had to pack instructions for vanity units and rebox waste bins,” recalls Annelies.  Her Mum use to visit Paul’s wife, giving her the opportunity for Annelies to ride the horse in his field – a horse she has recently found out belonged to Emma Lightfoot, Paul’s daughter and now the Head of HR at Magnus Group. Sadly Annelies, a keen horse rider for over 30 years now, lost her horse, Boy, after a period of illness this year. 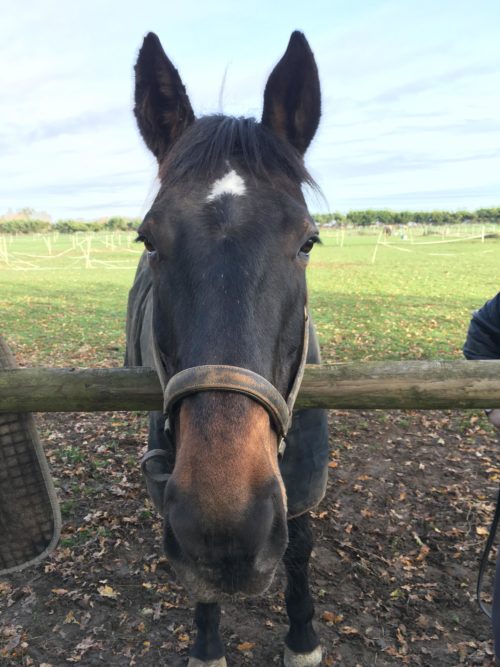 After college, Annelies was unsure what career she wanted to follow. “My brother, who is six years older than me, had emigrated to Australia so I went and lived with him for six months,” explains Annelies. “I got the travel bug so came back to England and worked for three years in a travel agency.”

After saving for a few years, Annelies took a year off to travel around Australia. “It was a fantastic trip. I travelled up the east coast, across to Darwin and down to central Australia. Christmas was spent with family in Melbourne, before heading over to Sydney for New Year.”

When she returned to England, still unsure about what career path to take, her Dad suggested that she came to Magnus Group for six weeks to help out with some extra administrative work.  “On my first day, Patsi took me under her wing. I helped out with anything admin based from scanning, to invoicing, to checking the orders. We still laugh about how I was only meant to be there for six weeks,” says Annelies.

In May 2021 Annelies successfully applied for the position of Senior Transport Administrator and transferred from the warehouse team. “I love the variety in the working day this role gives me. I have my weekly structure to make sure that invoices are correct but never know what queries will come up,” says Annelies.

In September Annelies was Magnus Group Employee of the Month. She was nominated by her manager for her attention to detail and willingness to go the extra mile, illustrating what a valued member of the Magnus team Annelies is.,

Annelies had no idea a six-week temporary position would morph into a sixteen-year career, which is still going strong. “I love the people and atmosphere we have at Magnus Group,” explains Annelies. “Since Olly has come in the company has expanded and grown. It has changed but for the better and the family feeling in the team has stayed the same. I feel secure here and look forward to the future.”

Despite her loyalty to Magnus, Annelies’ heart is still with travel. “I love my holidays and try to go away at least twice a year.” Annelies caught the travel bug as a child with her family going to Australia every other year taking in places such as San Francisco and Hawaii on the way.  Recent years have included Egypt, Italy, Canada, and Portugal. “With Covid limiting travel I am taking the time to get to know the UK better. I’ve just come back from a few days in York, and plan to visit Ireland in the next few months. I’m looking forward ticking a few more places off my list”.

And a bit of fun to end with:

Annelies’ taste in music is heavily influenced by both her Mum and Dad. Her Mum’s love of rock music meant Annelies’ first cassette purchase was Bruce Springsteen. Her Dad is a big fan of 60s and 70s music, influencing Annelies’ first CD purchase a few years later of Cher’s Greatest Hits.

Magnus Group, a haulage, warehousing and freight forwarding logistics company, is based just outside Ipswich, Suffolk, ideally placed to serve the Port of Felixstowe with direct road links to the Midlands, the North and London.  If you would like to know more about our warehousing, transport or global forwarding teams call us on +44 (0) 1473836600 or email on commercial@magnusgroup.com.