Rick is no stranger to Magnus Group. With nearly 22 years at the company, he has seen a lot of changes over that time. When he joined the company, 11 countries were switching to using the Euro, the minimum wage was introduced (£3.60), and the biggest selling single was Britney Spears with “Baby One More Time”. The American President was being impeached – so some things remain the same.

After leaving school Rick had various jobs, and whilst he gained a reputation as being hard-working and responsible, he didn’t feel settled. A good friend told him Magnus needed an extra hand for a couple of weeks in the warehouse after Christmas, so he thought he would give it a go.  Although he had some experience in warehouses, he hadn’t thought about working for a haulage or transport company before. He decided to take the temporary contract for two weeks to tie him over whilst he decided what he wanted to do.  22 years later, Rick is still in the warehouse.

A very different warehouse, and a very different job.  He has been based in warehouses at Clacton, Ransomes, and Wherstead Road, before moving to the base at Claydon, just outside Ipswich.  The 225,000 square foot state-of-the-art warehousing is unrecognisable from the environment he started in: even the product placed in the warehouses has changed. Rick recalls spending his time emptying pallets of plastic granules whereas now he deals with products ranging from food to furniture.

Rick says it doesn’t feel like he has been at one company. With the evolving service, changing role, and growth of the company, there is always something new to learn, or improvement to be made.  With Olly Magnus becoming CEO, there have been significant changes over the past 18 months which Rick welcomes. He is enjoying being more involved in decision making, having a transparent decision-making process and having a management team to spread the load.  He describes the great atmosphere and how the family ethos brings everyone together. Rick has introduced his own family to Magnus, with his nephew working on the admin side, and various other team members have family working alongside them.

Rick is excited about the future with Magnus. He uses words such as challenging, morphing and resurrecting to describe the company. As a warehouse and logistics company, the business has different options to choose how it grows and develop client relationship. Rick loves being part of

it. The warehouse is full and there are some great client relationships.

Things you don’t know about Rick…. 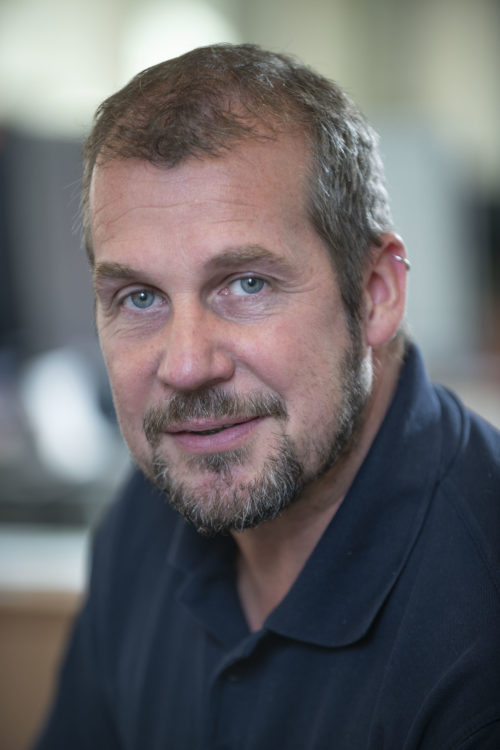 Despite his length of service, Rick maintains he can still surprise his colleagues and clients.  Did you know……

Rick’s first job was – in a butchers. His job at Christmas was to pull out giblets and insides of the turkeys. A memory that has stayed with him over the years.

Rick spends his free time – playing lawn bowls. A member of the Hadleigh Bowls Club, Rick plays in league matches. He claims it is a great sport for young people.

Magnus Group is based in just outside Ipswich, Suffolk, ideally placed to serve the Port of Felixstowe with direct road links to the Midlands, the North and London. If you would like to know more about our warehousing, transport or global forwarding teams call us on +44 (0) 1473836600 or email on commercial@magnusgroup.com.