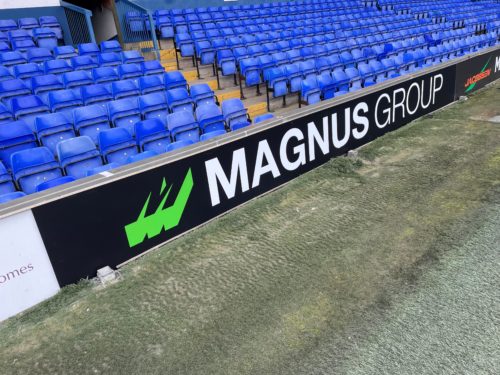 The new Magnus Group West Stand will be unveiled at the home match with AFC Wimbledon tomorrow. The name will soon become familiar to fans, just as it did for previous sponsors like Pioneer, Britannia, and the East of England Co-op.

Olly Magnus has always been a  Tractor Boy, watching his first game in the West Stand back in 1979.  You may have noticed from his socials that he has been a tad excited about this news!  The Saturday match will have Olly returning to that excited little boy when he attends his first match in the Magnus Group West Stand. 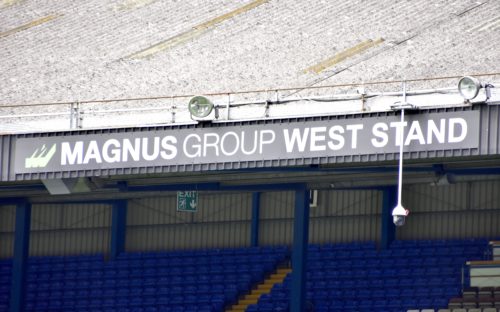 “I couldn’t be prouder to see our name up there on the West Stand,” explained Olly. “It’s not just any stand, either; it’s where I stood for my first game, aged 6, with my sister Emma and my late father back in 1979. I don’t remember much about the match, but I do remember falling off my stool. All the kids stood on stools or milk crates in those days!”

“When the new stand, then called the Pioneer, was built a few years later, my father, grandfather, and I had season tickets in the upper tier for six or seven years.”

More details will be issued in the press and ITFC socials.