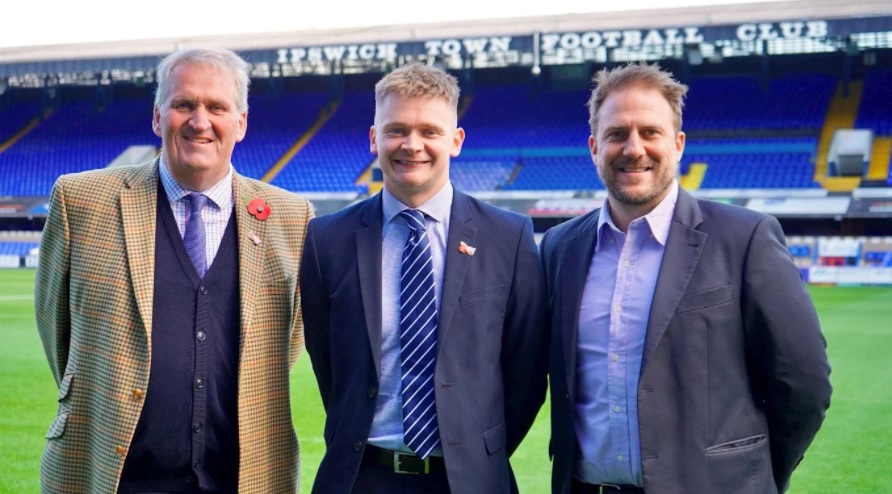 Magnus Group is proud to confirm that CEO Olly Magnus has joined the Ipswich Town FC Community Trust board and become a trustee.

Ipswich Town confirmed the news of Olly’s appointment on Monday, and it comes a few months after Magnus Group was unveiled as the sponsor of the main ITFC West Stand.

“I am absolutely thrilled with this appointment,” Olly said. “I’ve been a Town fan all my life. Having the family name on the stand is one thing, but being asked to join the Community Trust board is something else entirely.

“It’s incredibly humbling, and I can’t wait to get started with a fabulous team of people. Together we can make a real difference.”

The trust board is tasked with forming a structure and vision for Town’s community branch and providing key strategies to build on the club’s engagement with the community.

Explaining Olly’s role, Mark Ashton said: “The Trustees will help ensure the Trust is run properly, and they will help drive things forward.

“It’s similar, in a way, to being a director of a business, but a director of a charitable trust. The Charity Commission demands certain standards, and these trustees will make sure we hit those standards.”

Magnus Group in the Community

Being part of the community is an important part of the Magnus Group strategy. “We want to give back and be not only a good employer but a good neighbour, too,” Olly explained.

“We support local charities as much as we can and feel that giving something back is an important role for any business.

“Ipswich Town FC has so much to offer, too. We became the stand sponsor because we believed in the club’s new ownership and its journey. There are many synergies, but especially that we both like to do business the right way.

”This new appointment further strengthens our ties, and I look forward very much to contributing.”