When the Chancellor announced in the Budget that Freeport East would be one of eight freeports created in the UK, it was fantastic news for the local area.  Magnus Group has been operating out of the Ipswich area for nearly 50 years: with strong road links to the rest of the UK, and Felixstowe Port providing a gateway to Europe and Asia, it is a perfect location for an international logistics company.

What is a Freeport?

A freeport in effect creates an area of the country where normal import/export tax doesn’t apply: a no-man’s land in terms of tax. If goods are not destined to be used in the UK, they can be stored before continuing their journey, without the payment of tax.

This can be a massive benefit to manufacturers. For example, parts can arrive from Asia or Europe, and be used in manufacturing, with the final product being shipped out again, with no import tax being paid.

East Anglia has always been an appealing location for logistics. With strong transport links from Felixstowe and Harwich Ports, to London, the Midlands and the North of England, it has always made sense to have a haulage and warehousing hub located in Suffolk.

Freeport East will attract international investment, increase global trade and move not only the region’s economy but the country’s economy forward. It will manage 60% of the UK’s trade with Asia as well as connecting the UK with Europe. Felixstowe Port is the only UK port in the top 50 largest container ports worldwide so it makes sense that a freeport would be created to support that amount of trade.

It is hoped that 13,500 local jobs will be created: including 150 apprenticeships: alone that is a massive boost that is needed to the area, especially after a particularly tough 2020 and the level of unemployment predicted once furlough ends. The trading capacity at Felixstowe would be increased by an additional 1.3 million tonnes and is predicted to attract £500 million worth of investment. These numbers are significant – and exciting.

The Freeport area will span an area of around 30 miles from Harwich and Felixstowe creating a global trade hub. 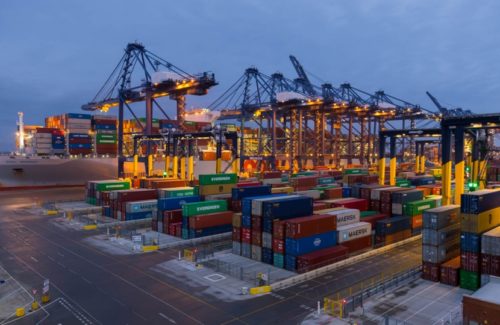 The manufacturing sector will benefit by being able to import components and materials tax-free before exporting the final product elsewhere.

With 14% of Ipswich ranked among the top 10% most deprived in England in 2019 (source: English Indices of Multiple Deprivation) and the East of England being one of the hardest-hit areas by the global pandemic with a redundancy rate of 16.6 per thousand, the jobs and investment that the Freeport will bring are much needed.

What kind of job will be created?

Jobs will be in the green energy sector, as well as the industries already situated in the area such as global forwarding and manufacturing.  Jobs will range from highly skilled to entry-level including warehousing jobs.

Magnus Group has 225,000 square feet of state-of-the-art warehousing, with 20,000 racked spaces, based at Great Blakenham, which will be within the Freeport East area.

The haulage division also operates out of Great Blakenham, just outside Ipswich, whilst the freight forwarding team are based at Felixstowe.  Whether pallet distribution or bulk warehousing, Olly Magnus and his team can meet your needs.

We pride ourselves on being a family business with a team of industry experts heading up each division. We aim to provide transparent, excellent customer service, working in partnership with our clients. Our long-standing relationships, several over 16 years, reflects our ability to support our clients. If you would like to learn more or have a chat, please call us on +44 (0) 473836600 or email Commercial@magnusgroup.com